If you’ve ever been to see a Naturopath, chances are they’ve told you to cut out certain foods. Trust me, we don’t do it for fun! There’s a very good reason why — these foods are some of the biggest culprits for intolerances.

It’s estimated that 1 in 5 people may have a food intolerance, but it’s common for people to ignore or put up with symptoms to the point where it becomes ‘normal’ even though the quality of their daily life may be suffering.

While food intolerances aren’t life-threatening like some allergies, they can cause problems for you if you continue to ignore them.

What is a food intolerance?

A food intolerance is an IgG response by your immune system, which results in symptoms that occur hours or even days after exposure to certain foods. The good news is that food intolerances are treatable with a little time and patience.

In comparison, an allergy is an IgE immune response to something it perceives as foreign or harmful. Think of immediate reactions like anaphylaxis, hives, asthma and swelling.

The most common food intolerances:

This is one of the first foods we Naturopaths ask our patients to cut out — sorry! We do this for many reasons, but mainly because it is often a culprit for food intolerances. There are two reasons for this — lactose and casein.

Lactose intolerance occurs when you lack the enzyme lactase, which breaks down lactose (milk sugar) so that it can be absorbed. The symptoms include wind, bloating, abdominal pain and altered bowel movements.

Casein is one of the proteins in milk and it has a very similar molecular structure to gluten. Interestingly, it has been estimated that 50% of people who are gluten intolerant are casein intolerant as well. That’s why lactose-free dairy can often still be a no-go for people.

Sounds lovely, right? Well, the good news is giving up dairy will give you instant relief! If you think you are intolerant to dairy protein or lactose, it’s best to avoid:

Gluten is a protein found in wheat and grains like rye and barley. It’s part of what allows bread to rise however it’s hard to digest and may cause inflammation.  About 1 in 7 Australians now reports sensitivity to eating wheat. That’s almost 3.4 million people!

People who have celiac disease cannot tolerate gluten at all, as it triggers an autoimmune response that can cause damage to their gut wall. This can interfere with nutrient absorption and can cause a long list of symptoms, as well as leading to other problems like nerve damage, infertility, osteoporosis and even seizures.

However, many people have an underlying intolerance or sensitivity to gluten that may be disrupting their digestion, causing discomfort or pain and ultimately, leading to all sorts of issues including skin problems, hormone imbalances and autoimmune conditions.

Not long ago, gluten intolerance was diagnosed by a process of elimination. Today it can be identified with a simple IgG food intolerance test.

The symptoms of gluten sensitivity are very similar to those of celiac disease:

If you think you have gluten intolerance, it’s best to avoid foods that contain gluten:

Thankfully, there’s a long list of foods that DON’T contain gluten, and this list is growing as gluten intolerance has become more common. While it might be tempting to try all of the gluten-free snacks and desserts that are now widely available, we still recommend eating as close to nature as possible, even when you’re eating GF. You may be surprised, but it actually makes it much easier to know what’s in your food!

One of the hardest things to give up when going gluten-free is bread. There’s always the vege alternatives like lettuce wraps and mushroom buns, but sometimes you just want a sandwich! The good news is that there are now LOTS of options to choose from – we’ve helped you out by compiling our favourite gluten-free bread recipes.

This can’t be right, eggs are good for everyone! Right?

Well, that’s not always the case! For some people, egg intolerance can contribute to skin conditions like eczema and gut symptoms like bloating, wind and bowel variability. If you have an intolerance to egg, your body may react to the protein in either the white, the yolk or both.

If you have an egg intolerance, it’s best to avoid eggs altogether. This includes those from ducks, quails and geese, which contain similar proteins to chicken eggs.

Symptoms of an egg intolerance:

If you think you have an egg intolerance, it’s best to avoid:

1 egg makes up about 15% of your daily protein intake, so eggs are important particularly for those following a vegetarian diet. Eggs are a source of Vitamin A, B, D and E and also provide calcium, phosphorus and iron. To ensure you eat a balanced and nutritious diet when omitting eggs, include a varied mix of the following foods:

When looking to directly replace egg in cooking or baking, there are alternatives which mimic the binding or thickening properties of egg such as:

4. Almonds and other nuts

Almonds are high on our list of intolerances, probably because we’re now eating more almonds in the form of almond milk or flour in our quest to avoid dairy and gluten! Now this is getting ridiculous! However, don’t despair — when treating food intolerances, we avoid the foods that you are intolerant to for a period of time while we work on healing the gut. These foods are then added back into your diet and we keep an eye on any adverse reactions.

Symptoms of nut intolerances include eczema and dermatitis, particularly around the eyes, as well as gut issues like IBS.

Specific testing can help determine what type our family of nuts you may be intolerant to.

Nuts are full of good fats as well as being a source of zinc, calcium and protein. If you have nut intolerance, you can supplement your diet with a variety of alternatives including:

Yeast is a living fungus which is used as an active ingredient in many foods and drinks, especially baked goods (baker’s yeast) and alcoholic drinks (brewer’s yeast). There are also many other forms of yeast — Candida (thrush) and others that live naturally in the body.

If you suspect you are intolerant to yeast in bread, it’s possible it may not be the yeast you are reacting to but other ingredients like wheat or gluten. That’s why it’s worthwhile getting an IgG food intolerance test before jumping into an elimination diet by yourself.

Symptoms of an egg intolerance:

After finding out if you have a yeast intolerance, it’s wise to steer clear of any products which are fermented, processed and aged like:

Does yeast free then mean no alcohol?

Beer and wine (including sparkling wines) all contain yeast, which ferments sugar to produce alcohol. Filtered clear spirits such as vodka and gin are the best choice for a special occasion as most of the yeast has been removed.

Remember, it’s also a good idea to reduce your intake of sugary foods or drinks which can fuel the growth of natural yeasts in the body such as Candida (thrush). Try soda water with cucumber or some fresh lime juice instead!

After working out which foods are causing you problems, we work on avoiding those foods for a period of time and work on healing your gut. Building up your gut, liver and immune health to reduce your susceptibility to future intolerances.

Ultra Flora LGG is a specialised form of probiotic that has been shown to decrease your body’s sensitivity to food allergies. This is the same strand of probiotic that Australian scientists have recently discovered as part of a potential cure for people with potentially fatal peanut allergies.

If you think a food intolerance could be impacting your health, call us on (02) 4961 4075 for a free 15-minute phone consultation with one of our Naturopaths to discuss your options. 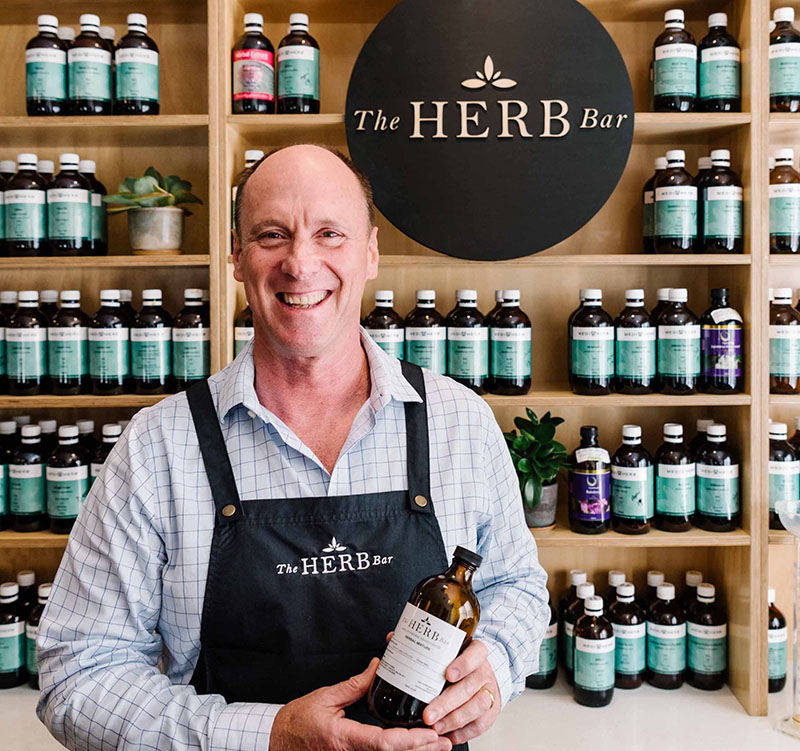 Whether you need a quick remedy for a cold or flu or you suffer from a chronic condition, our qualified Naturopaths are ready to help you with FREE mini consults, the best natural supplements, herbal medicines and lifestyle advice.